The distinction of Dziennik Gazeta Prawna in the hands of Spedimex

Dziennik Gazeta Prawna and prof. Halina Brdulak from the Warsaw School of Economics honored Spedimex in the 25th edition of the TSL industry ranking, in the category of "revenues from the declared main activity - logistics services".

This is the fourth consecutive award for Spedimex in a ranking recognized by market experts as one of the most substantive and objective assessments of the condition of the Polish TSL industry.
In the current year, due to the epidemiological situation and safety, the results of the ranking were presented without its participants during the on-line transmission, which took place at gazetaprawna.pl. During a virtual meeting, prof. Halina Brdulak from the Warsaw School of Economics and Marek Tejchman, deputy editor-in-chief of Dziennik Gazeta Prawna, congratulated the largest companies in the sector. The results of the ranking were also presented in the printed version of Dziennik Gazeta Prawna.

This is the 25th edition of the ranking, which has been continuously published since 1995 on an annual basis. This year's edition was attended by over 60 entities from the TSL industry. 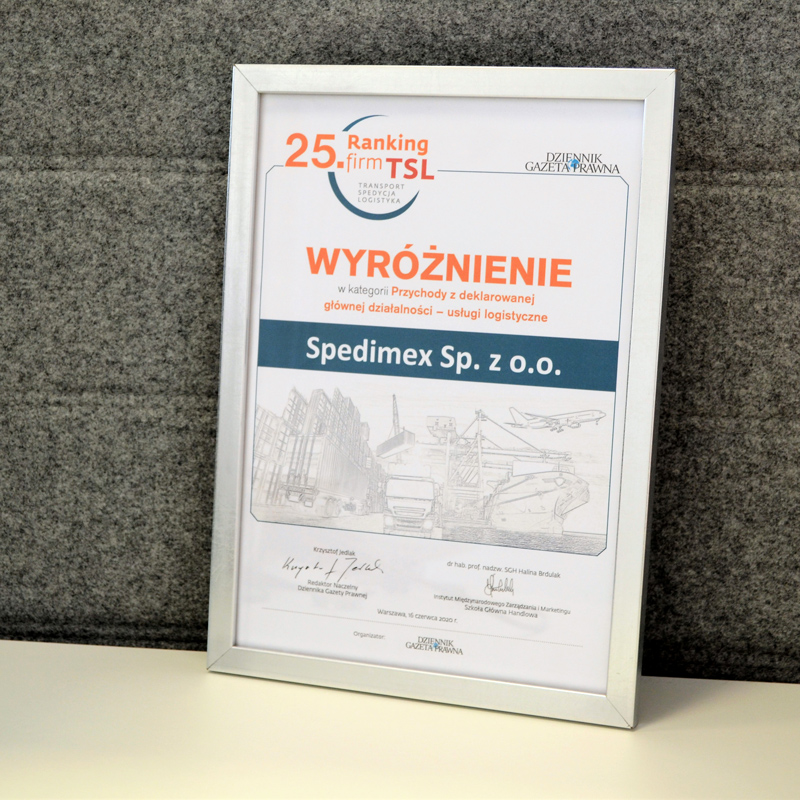 Our website uses cookies saved in the browser's memory. Detailed information on the purpose of their use, combining with other data held by the Administrator and changing cookie settings, as well as removing them from the web browser, can be found in the Privacy Policy